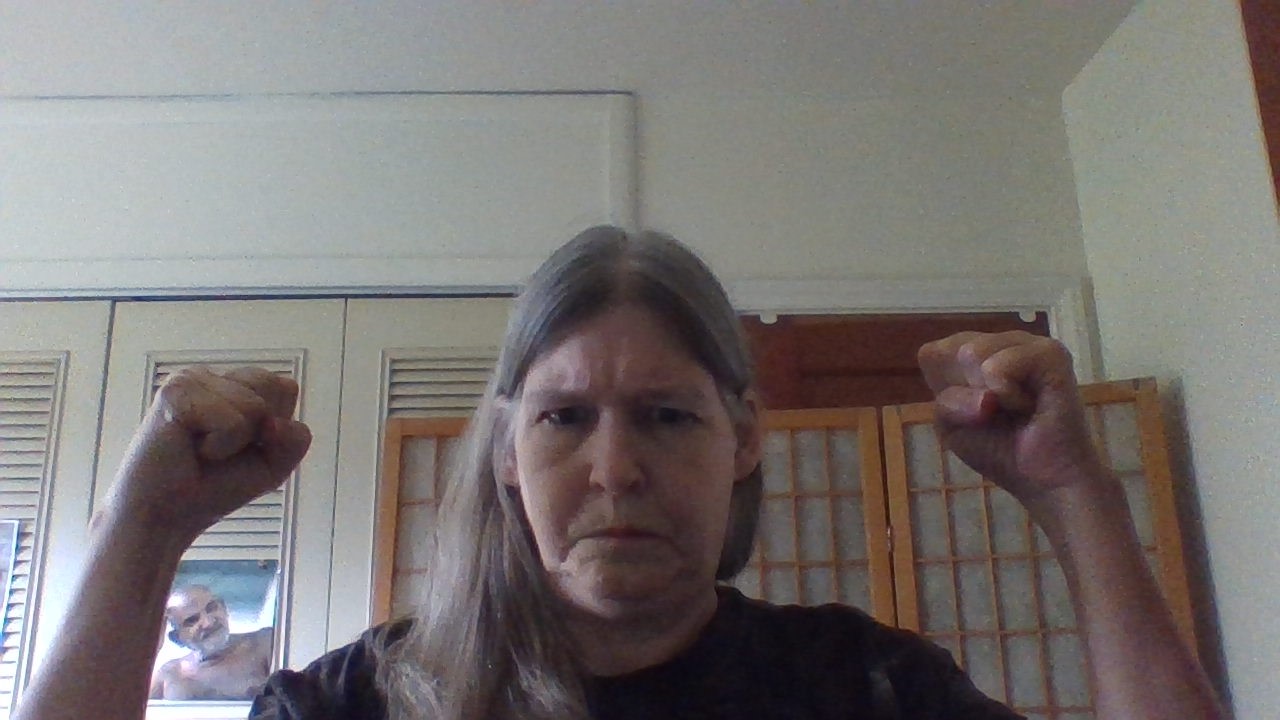 I have been reclaiming protest as a birthright. Let me explain. I wrote most of this post on July 4, and there is an update at the bottom from today, July 9.

Think about an infant who has loving, attentive parents. If the infant is hungry, she will call to her parents, asking for attention. “Hey, I’m here and I need some milk!” What happens if no one comes right away? Then she will protest, she will cry out loudly and forcefully, “HEY!!! HEY, I CALLED FOR YOU! DIDN’T YOU HERE ME? GET IN HERE, I’M HUNGRY!” OK, she won’t use those words, she won’t use any words! But the message is clear nonetheless.

At this point our infant is not angry. If no one comes, eventually she will get angry. But right now, she is just being very loud and very direct in asserting her need. She’s not necessarily even unhappy. She’s full of hope and life, she’s well taken care of. And in this particular moment she has a need, and she knows that her need is important. So she’s making that need known.

That’s what protest is, loudly and clearly making a need known so that the need can be appropriately addressed.

In a family, community, tribe or culture where needs are taken seriously and where protests are respected, where the needs that are brought to light are acknowledged and in some way addressed, protest could be closely linked with joy! We protest, the need gets met, we celebrate!

Indeed, protest by nature is enlivening.

Protest says, “I am here, I am alive, I matter, I’m saying that something is not right here, and what I am saying matters!” Even if I expect that I’m not going to get a concession, my protest is still a declaration of my value.

Many of us learned not to protest.

Or that there were some things we could protest about and other things that we needed to just accept.

We learned not to protest because our protests were not heard or misunderstood, or because we were shunned or punished for the simple act of protesting.

A healthy infant or child sees that something that is not right by them, and they protest. They assert that they are alive and they matter.

As someone who learned not to protest, the way it has worked in my personal life, is that when I see something that is not right by me:

…it doesn’t even register

…I figure it’s my fault – or I deserve it; I blame myself

…I am resigned that it’s just going to be that way, maybe I’m even depressed.

But here and now, I am ready to be fully alive again.

So I am going to stage a protest about everything in my life that is not right by me.

Who am I protesting to?

God, the universe, my higher self, my lower self, whatever ancestors, spirits, energies and entities are there that might be able to help me do better and help my family members do better and help the people out there in the world do better.

I object to this and I demand that.

I am going to do it and see what it feels like.

I can feel the resistance in me. But what is resistance, but protest?

Resistor: I object to you making a list of objections and demands, and I demand that you promise that I won’t end up getting punished as a result of the list.

Now that was not what I expected my resistance to say. That is certainly a demand I can meet, because the purpose of this exercise is not to punish anyone.

I executed my protest later that day, actually late that night. I constructed a list of 48 protests, in the form of:

Today I revisisted that list of demands and I read them aloud. Here is a small sampling of my protests. They are about my inner life, the logistics of my life, my relationships, and the world at large.

I object to my depression or freeze or withdrawal, whatever the set of things that keeps me from being fully alive and engaged in my life and in the world and I demand that my vitality be restored to optimal levels with a deep awareness in me of my value and of the reality that I am loved.

I object to the way that tasks feel so difficult and I demand that no task ever feel more difficult than is actually logistically accurate.

I object to suspicion and conspiracy theories in general and I demand that all people be able to see other people and circumstances accurately.

I object to poverty, hunger, neglect, homelessness, and abuse and I demand that all humans be provided with adequate living conditions and health care immediately

I object to being part of the white race and I demand the wisdom and insight so that I can personally contribute in a significant way to the correction of racism that must occur on a massive scale.

I object to resenting people who are in positions of power and I demand that I see clearly and be granted respect, discernment and appropriate trust and that the resentment be removed.

I resent my patterns of procrastination and avoidance and I demand that the root causes of those patterns become visible and then that they be addressed and healed in a good way.

Constructing the list several days ago and reading it aloud now both induced a lot of vitality in me. I remember after creating the list, I felt my body vibrating from head to toe, alive, hopeful and excited. And there have been measurable positive effects. For example, my rate of teeth brushing and doing yoga have both increased more than 500% compared to the past couple of months. And this morning for the first time in many months I got up at 7 AM without anything on the schedule compelling me to be up and about that early.

So, to you who have read through this whole blog post, or perhaps you who jumped to the end to see where it goes, I invite you to explore your own energy of assertive and hopeful protest. You are welcome to try out the format of “I object to ______ and I demand ______.” Or there may be some other way that your energy of hopeful protest takes form.

In expressing your protest I invite you to make room for the “I matter!” without engaging the “I’m mad as hell and I want to decimate the universe!” But if anger is at forefront, if your anger needs to speak and be felt before you are able to feel hopeful protest, then I invite you to visit my blog posts and resources on feeling and processing anger, which I have not yet created but that I promise are coming!

When I have added anger resources to this site, I will update this blog post with a link to those resources. 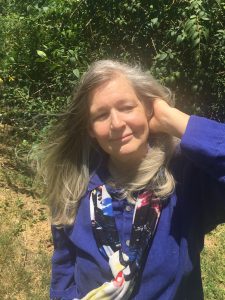